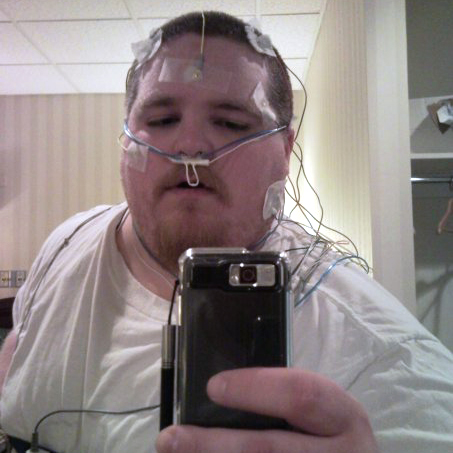 Turning 30 is a milestone in anyone’s life, but for me the birthday celebration is especially sweet.

There was a time when I didn’t think I would see the day. It wasn’t a far stretch, given the way I was living, to say I would be dead long before I hit the three decade mark.

My father actually did say it.

On a hot summer day in 2004 he cut me to the emotional core.

Standing in the parking lot of a DoubleTree Hotel in Tysons Corner he turned to me and said, “Son, you’re not going to live to see 30 at this rate.”

He was blunt with his words and I was extra sensitive to them. But despite the sting I couldn’t argue with him. My weight was continuing to balloon as I gorged my way through the prime of my life.

I was about 22 years old and weighed a bit over 320 pounds at the time dad dropped that bombshell on me.

Painful though the words were, I chose to ignore the sharp concern and continued leading an unhealthy lifestyle consisting of mass quantities of 7-Layer Burritos and smoking two packs of Virginia’s finest each day. I could say I was eating my feelings away, but the truth is I was woefully addicted to food.

Even as I neared 400 pounds, I didn’t heed his warning. I was still yo-yo dieting, dropping weight for a stretch only to put it back on with a vengeance. I was gaining an average of 20 pounds each year even with the periodic losses.

It wasn’t until I turned 26 that I finally threw up my hands and said ‘enough was enough.’ That set into action a six-month battle with my insurance company to cover the exorbitant cost of gastric bypass surgery.

Because of my young age, I wasn’t a quality candidate for the procedure. Forget the fact I was categorized as super morbidly obese, had high blood pressure, joint pain, back pain, no energy and a severe sleep apnea — I was just too young in their eyes.

Eventually I went on a closely monitored medically supervised diet to get the green light.

After a half-year of scrutinized eating and weight watching the insurance company agreed to cover the surgery. I’m pretty sure the fact I actually managed to gain weight on the diet made them realized just what bad shape I was in.

By the time all was said and done I maxed out at a whopping 420 pounds.

Indeed, I had gained 100 pounds in just five years.

When the insurance company relented the real work began. Had I known at the time just how much work lay ahead of me, I may have made a different decision. Instead, I went blindly down the road that quite literally saved my life. It was the best choice I ever made.

On my 27th birthday I had what I refer to as pre-surgery. Doctors inserted an inferior vena cava filter (IVC filter) into my artery through my groin. The device is used to prevent potential blood clots from reaching the heart.

Although the procedure was largely painless, having a random person shave you in an intimate area left a mental scar of its own.

Three days later I was again on the operating table — this time for a far more invasive procedure. It was quite literally the hardest thing I’ve ever gone through. When I awoke I was about as uncomfortable as I had ever been in my life. Still in a haze from the anesthesia and pain medications, I tried to make sense of what happened.

Did a truck run over my gut? No, but it felt like it and there was significant trauma. I’ll save the gory details of the aftermath for another time.

Despite the extensive internal rewiring and a four-inch open wound (the surgery was not done laparoscopically), I was feeling pretty good within five days.

I didn’t feel as though I had major surgery at all, although it was very apparent I quite literally had a thumb-sized stomach.

A new beast awakened inside of me. I was a new man with a new lease on life. The ‘nothing can stop me’ mentality was running rampant through my veins. This was important given the enormity of the change that I was about to incur.

It was around this time that I found my passion for walking. My lunchtime strolls quickly turned into a fitness obsession and I was pounding no less than five miles of pavement each day.

As I’ve mentioned in previous posts, I never once went to the gym. For me, walking was my personal trainer, my P90X, a cross-fit workout, an anti-depressant and my nirvana rolled into one.

I soon parlayed that obsession into an education, relentlessly studying nutrition and absorbing every little nugget of food wisdom that I possibly could.

Despite the fact I was immersed in the ultra-jock world of covering pro football at the time, I blossomed into a nutritional hippy that only ate organic foods and products with exceedingly short ingredients list.

As the days continued to fly by my knowledge grew and my waistline whittled away.

It took a little over a year for me to lose 250 pounds. I’ve maintained it in the years since reaching my goal weight and will continue to do so for the rest of my life. There is no going back.

If I chose not to undergo the surgery and continued on the path I was on, I would weigh in excess of 500 pounds today. That’s if I was even alive.

But, I chose to live and I sincerely hope my words will inspire others to follow suit. Life is too short as it is. Get it all in. Live the life you deserve to lead.

I didn’t dream I’d see this day after my father’s words hurt me so deeply years ago.

But here I am. Happy birthday to me!