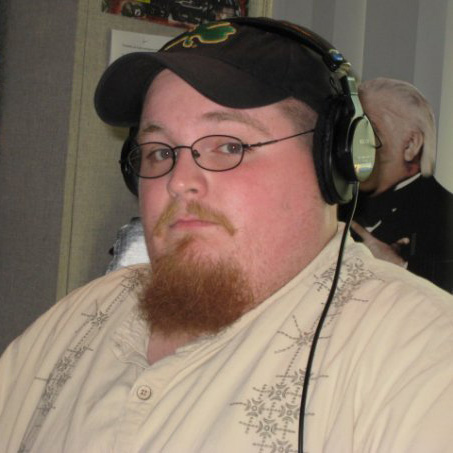 When I weighed almost 400 pounds I was spending thousands of dollars on fast food. THOUSANDS.

That’s despite my shopping almost exclusively at Whole Foods a.k.a. Whole Paycheck. I can pay a premium at the grocery store and my bank account will still be in the black! Crazy, right?!

Until I was fat shamed by a woman who worked there I was a Taco Bell junkie. I’m talking a full-blown addict in need of some help from Dr. Drew type of junkie.

There were times when I was on a diet and tried so hard to resist “running for the border.” But the harder I fought the addiction the stronger the cravings would become. Some nights I would burst into a violent rage until I got my fix.

It’s no surprise that I was so severely addicted given the frequency I ate there. Even though I was managing another burrito restaurant at the time, I would go through the Taco Bell drive-thru every single day — sometimes twice. I’m not exaggerating when I estimate I made about 400 trips each year.

My massive order rarely changed and each visit cost me a whopping $23.53!

Yes, at a restaurant known for cheap eats, I managed to spend nearly $24 each visit. Here are the economics.

So what does that add up to? Ridiculous amounts of cash and an ever-expanding waistline! Here are the figures based on 400 annual visits.

And that was just my one-man gargantuan order! I suppose it’s no surprise I was single at the time.

That total easily surpasses the $151 that the average American spends on food each week.

Today, I’m spending about $900 per month for both my wife and I, primarily at Whole Foods. Roughly half of that bill belongs to me which makes my portion about $450. But I’ll round up to $500 to be safe and account for any variables. That’s $6,000 each year to cover the vast majority of my meals and snacks.

If you want to have a little fun with the numbers think about this. Removing inflation and other price fluctuations from the equation, by the time I reach the average retirement age of 65 I will have saved $129,656!

Granted, had I stayed on that path there is no chance I would have lived that long.

Here’s one last thing to keep in mind. After I was fat shamed at Taco Bell I stopped eating there. But that woman’s verbal daggers didn’t curtail my eating habits. In fact, I started eating even more — pretty much double.

However, I’ll save the economics of my daily 10,000-calorie Boston Market, 7-Eleven and Papa Johns menu for another time.

Most Healthy and Unhealthy Cereals