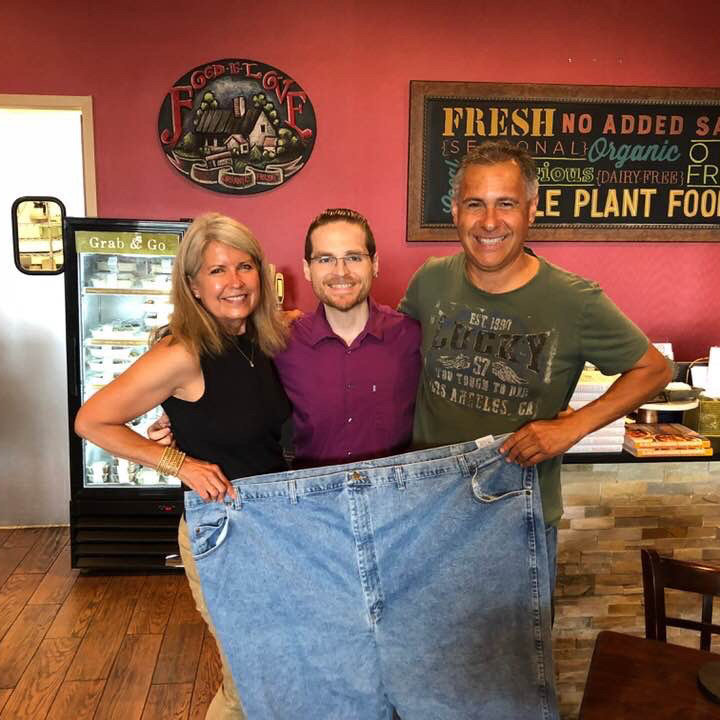 A while back the elevators at the news radio station where I was a reporter at the time stopped working. This made me laugh.

Had it been a few years earlier, I would have been in a bad way. But at this point, I couldn’t be happier about it.

Frankly, the outage didn’t effect me one way or the other. I never take them.

At the time, the Washington, DC branch of CBS Radio was headquartered in a six-story building in Lanham, Md. The studios were just a stone’s throw from FedEx Field where the Washington Redskins play their home games.

At that point I was not an advocated of going to the gym, so the stairs have presented me with a golden opportunity to maintain a 250-pound plus weight loss. The truth is, we can get just as good of a workout, if not better, by running the stairs in the office.

One Monday, the entire building was grumbling about the elevator outage. Workers — many of whom were still shaking off the weekend — were distraught they were being forced to use the long-forgotten stairs. Some may not have even realized the building had a stairwell, let alone three of them.

The only thing upsetting about the outage to me was the fact my beloved, tucked away and abandoned exercise oasis was being crowded with unfamiliar faces.

My frustration quickly dissipated when, as I was jogging up my 60th flight of the morning, I passed two out of breath men banging on the third floor door, hoping a colleague would let them in. I didn’t realize just how daunting the two-flight climb was for these guys.

As I came bounding back down, I again passed them. Their banging efforts were proving unsuccessful and one of the men had taken a credit card out of his wallet and was attempting to “MacGyver” the door open. It was a technique that has only proven effective in the movies and television shows.

Although, now that I think about it, I was able to use a Diner’s Club card to jimmy open the door of a promotions closet at a radio station I used to work a few times. Maybe they were on to something . . .

Anyway, I paused and told the guys they may have better success in another stairwell where the door wasn’t locked. I will never forget the one man’s response.

“That would require going down and back up,” he said. He was serious and dead-panned.

And then it struck me. This used to be me.

I was reminded of one particular instance seven years ago. The fire alarm went off at the building where my station at the time was located on the sixth floor. My 370-pound frame waddled down three flights before the alarm stopped and we received the all clear to return to our offices.

Heading down the stairs with me was my program director and the promotions director. I believe I let out a loud expletive before heading back up the stairs.

“C’mon, Chuck!” the program director exclaimed. “It’s good for you.”

I seriously contemplated walking down the remaining flights, smoking a cigarette and then taking the elevator back up. But, opted instead to go back to work.

It was painful. One flight was enough to cause tightening in my chest. Two flights and my legs were ready to give out on me. By the time I finished climbing the third flight, my colleagues had long since reached the top and I was having dizzy spells.

I would have plenty more experiences like that as my weight gradually ballooned to 420 pounds.

More so than any physical pain was the embarrassment of what I had allowed my co-workers to witness. I was mortified and wanted to leave for the day, hoping they’d forget about the whole thing.

As horrible as I felt at the time, the shame turned out to be one of the best things to ever happened in my life. The embarrassment never left and wound up being a major contributing factor in the decision to save my life.

It also planted the seed for my fitness routine in my early news radio days, which was to run 80 flights each day. It worked out perfectly and afforded me two opportunities to get out from behind my desk and get some blood flowing.

Not surprisingly, I’m way more productive when I return from a 40-flight jaunt.

More often than not while I’m running, I think about that embarrassing encounter seven years ago and smile.

I recently emailed the promotions director who was present for my nearly lethal three-flight climb and told her what an impact that day had on me. I thanked her for being there.

She told me that I was a “total inspiration” and that she has been following my fitness and entrepreneurial endeavors. That made my life.

Of course, I never told her about the closet.

As for the guys trying to get on the third floor, they finally realized they could walk down to the second floor, go to another stairwell and climb just one flight back to an open door. They were overjoyed at the prospect of not having to climb two.

I too was overjoyed that I no longer shared that same sentiment. To celebrate, I did an extra flight and finished at 81.

Lose Weight Or Die: Why It's Not An Easy Decision

Lose Weight Or Die: Why It's Not An Easy Decision

How To Workout During Your Workday

The Worst Place To Hide Candy When Dating A Healthy Eater