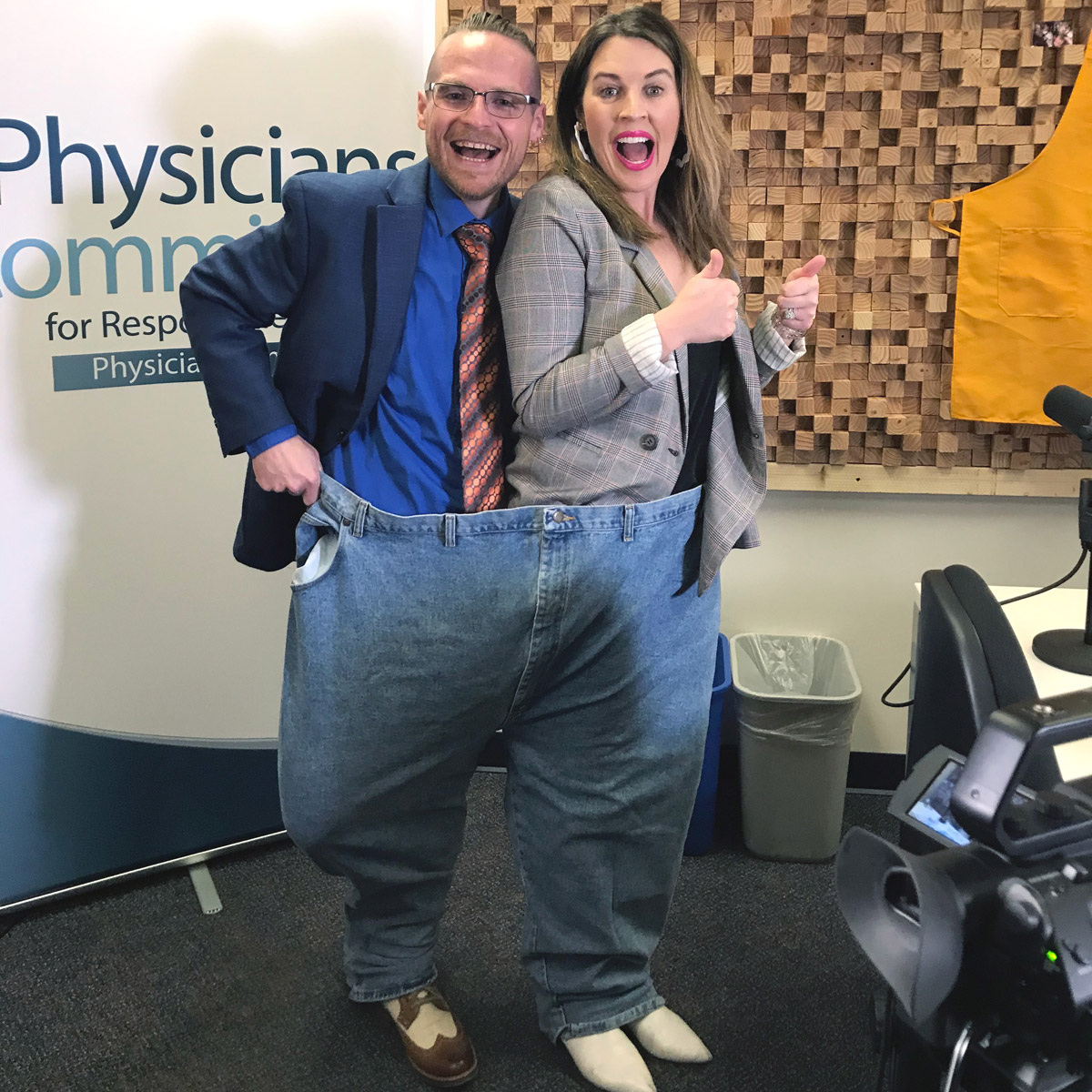 What if I told you I lost more than 250 pounds without ever setting foot in the gym? Would you believe me?

You should! It’s true. Not once did I ever set foot inside of one while I was shedding the pounds.

Better yet, I’ve been able to maintain the loss — keeping every pound off — for years.

I don’t say that to be braggadocios. I simply say it because for me the key finally finding that success was to think outside the box.

When I decided to change my life and stop gorging on 10,000 calories each day, I knew that I was also going to have to radically change my thinking in order to have meaningful and long-lasting success.

So many times prior to that point I lost weight only to put it all back on. It was yo-yo dieting at its finest.

Each time I would set out to conquer the battle of the bulge one of the first things I would do is go get a gym membership. I just knew that in order to shed the weight I was going to have to become a gym rat. And for a while I was.

But how sick was this?

I thought I was genius when I dropped 70 pounds while continuing to consume fast food like it was going out of style.

I had my gym routine planned out perfectly. I’d start with an hour of cardio on the elliptical trainer and build up a great sweat. Then, I’d step outside for a cigarette break. Seriously. I would puff on a smoke right outside the entrance to the gym. All the while these muscle-bound “Adonis” types would enter the building and look at me in disgust.

But what did they know? I was losing weight! Certainly I knew what I was doing!

After the final drag was taken I would head back inside reeking of tobacco and ready to proceed to the second portion of my workout – weight lifting!

Because I was still well over 300 pounds at that point, I had the muscles of an ox. I was lifting more than those “Greek Gods” who cast shameful looks at me when I was out enjoying the finest tobacco Virginia had to offer.

Again, I thought I was really on to something! So, to reward myself for a job well done, I would shower off and hit the nearest drive-thru!

This diet worked for roughly six months until I got sick and couldn’t make my trek to my fitness mecca. Suddenly, my motivation to go back was gone while my appetite for fast food was as fierce as ever.

Flash forward 90 days and I had put all the weight back on plus 10 pounds.

I failed once again.

And that was just one example. Countless times I tried to go to the gym without fast food trips and cigarette breaks. The only constant was my belief that being a gym rat was a mandatory part of the weight loss and fitness equation.

Honestly, when I decided to try again to conquer my caloric demons after a three-year hiatus from any sort of physical activity, I thought about adding the gym to the equation.

But then I wondered why would I rely on something that didn’t yield long-term results for me?

Was it truly a necessity? For me the answer was no.

I opted to undergo gastric bypass surgery. And while the surgery allowed me to break a serious food addiction, it was not the magic answer to all of my obesity problems. For nutrition is a big part of a healthy lifestyle, but it’s not the only part.

At first, when I was 420 pounds they weren’t long walks at all.

As I was just beginning my journey a walk would simply mean a slow trot to the park across the street from my office. It was probably 400 feet from the office door. I’d make it that far and plop down on a bench. I’d rest there for a minute, enjoy the fresh air and catch my breath.

Then I’d get up and walk around the park – maybe to the basketball hoops or past the tennis courts. Again, we’re not talking great distances here. In fact we’re probably talking a quarter of a mile round-trip.

However, it was a start and one unlike any I’d tried before.

As the weeks passed I was walking all the way around the park. Then the distance increased to a full block, then two.

Before I knew it I was easily walking a mile without much strain. Even though I was only 27 years old, I had not experienced such ease of movement in seemingly forever.

The feeling was invigorating and empowering! I had to press on and continue my quest.

A short time later the distance had increased to two miles. I had my favorite route planned out and couldn’t wait for lunchtime to roll around for me to hit the street.

I was definitely satisfied as my waist began to shrink and blood began coursing through my veins with ease. My heart was happy and my mind was clear.

Something was happening to me that was lacking during my gym days. My taste buds were changing, my desire to “cheat” was greatly diminished and I was genuinely feeling like a new person. This is where I think my evolution truly began.

I decided to challenge myself to see how far I could walk. And for the first time in my life I blew past any and all expectations I had for myself.

At the time I was working in Arlington, VA and pounded pavement up and down I-66. My daily route would eventually extend to five miles, which nearly got me into the District!

Walking became a habit that saved and bettered my life. The only thing I would change is that I would buy a pair of tennis shoes.

The way I saw it though, I didn’t need them because I didn’t have a gym membership!

What I discovered was I didn’t need sneakers, fancy cardio machines and barbells to have an impact. What I needed was motivation, determination and a little outside the box thinking.

I walked off 250 pounds in jeans, button down shirts and loafers. Sometimes it was sunny. Sometimes it was raining. Other times there was snow and ice. But it didn’t matter. Without boots or an umbrella I was out there making my rounds.

The truth is, there is nothing holding you back from accomplishing anything you want. You just have to think outside the box, listen to yourself and be ready for the change.

In the next offering I will share with you my daily diet has evolved into. Gone are days of 10,000-calorie binges. Today I’m right around the 2,000-calorie mark, but eating more frequently than ever!

The Insane Amount Of Sugar You’re Drinking Each Year

How Many Calories You Burn Having Sex

Top 5 Healthy Carbs You Should Be Eating

The Science Behind Comfort Food

How Many Calories You Burn Playing Sports